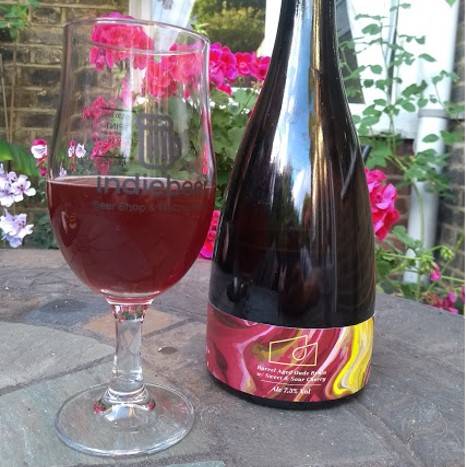 Sour beer is nothing short of a revelation. Once upon a time, all beers would have been sour, and it’s only because of what brewers know about sanitation that most beer isn’t sour now. That doesn’t mean that Sour Beer is dirty or unsanitary – far from it – but it does mean that flavours produced by sour beer can be some of the most challenging and complex flavours in all of beer, which can make it difficult for some to enjoy. Sour beer is like olives: some people love it from the start, others have to keep trying it until something clicks, some will never like it. Wherever you land on this spectrum, they’re always worth a try.

Sour Beer can be split in two main categories: kettle sours and wild/barrel/spontaneous fermentation sours. Kettle sours are a relatively modern invention and simply mean that sourness is added during the brewing process (in the ‘kettle’) by the addition of certain bacteria. Kettle Sours often have fruit added to them and are a great starting point for those new to Sour Beer. The wild/barrel/spontaneous fermentation sours let wild yeast and bacteria enter the beer – this results in a tart complexity that is unmatched in the world of beer. Once you succumb to the power of the sour, there’s no going back. Here’s a run-down of types sour beers you’ll find in our shop…

As mentioned before, Kettle Souring is the most common method for breweries to “sour” their beer mainly due to the fact it doesn’t require lots of space to keep barrels. Kettle Sours are usually heavily fruited and can be great, refreshing beers for a hot summer’s day – we often recommend that cider drinkers start here as the fruitiness of many Kettle Sours is similar to that in many fruity ciders.

Under the Kettle Sour category, you’ll find Sour IPAs. These, as the name suggests, are (usually) hazy IPAs with added lactobacillus – which is the main bacteria used for kettle souring. These can be hard to pull off and usually include fruit to compliment the hop flavour, but when done well can be fantastic. Expect everything you love from an IPA such as aromatic, juicy, hoppy goodness, combined with a tart edge.

Pastry Sours are a new invention that has become popular among many European breweries. These are Kettle Sours with added lactose sugar to sweeten the beer out, and they’re usually flavoured – as the name suggests – like pastries or cakes. This could include anything from a blueberry maple pancake flavoured sour beer, to a rhubarb crumble and custard flavoured beer. Pastry Sours aren’t an official style, but the term has gained popularity with every passing year. These beers can be anything from brilliant to interesting, sickly to revelatory – it all depends on your personal preference.

An absolute must-try style of sour beer is the mighty Gose. Pronounced “go-suh”, this traditional German style is brewed with a wheat base and has added sea salt and coriander, which gives the beer a super balanced and slightly herbaceous finish. This style nearly died out but has become one of the most popular and widely available styles in modern brewing and it’s easy to see why. One term you’ll see pop up a lot is Triple Fruited Gose – these are just Gose with lots of added fruit, and they can be absolutely delicious. Traditionally, these beers were between 4% to 5% ABV, but can now creep up into the 10% ABV range at which point they may be referred to as an Imperial Gose. Gose is both a great entry level point for those looking to get into Sour Beer as well as those looking for modern experimentation.

Similarly, Berliner Weisse style sours have become very popular with the rise of craft beer. A lower ABV and very tart sour style, this old school German style nearly died out with only two traditional breweries regularly producing them in the latter half of the twentieth century. Berliner Weisse can often come in Imperial strength but is generally under 4.5% ABV, and like a Gose they often have added fruits and herbs. Traditionally, these beers were served with a sweet, flavoured syrup to contrast the intense tartness, however, these days, Berliner Weisse is one of the more accessible styles of sour beer readily available in the contemporary market.

Where to start with Lambic? Lambic is brewed using hops that have “gone off” and, when the beer is cooled before fermentation, is left in a wide, shallow metal pan called a coolship for around 24 hours to let various bacteria and micro-organisms creep into the beer in a process called spontaneous fermentation. Sounds delicious right? Well, Lambics are some of the most revered beers in the world; simply put, nothing tastes quite like them, and no one batch of Lambic will taste the same as the air will be different depending on location, time of year etc. If you’re just starting out with craft beer, Lambics can be intense, but once you start diving down the rabbit-hole it’ll open up some of the most complex and exciting flavours to ever pass your lips. These beers are dry, vinous, tart, tannic, fruity, sherry-like, musty – the list goes on. They tend to be in the 4.5% - 7% ABV range.

There are a few popular variations of the Lambic style, with a Gueze being the most readily available. A Gueze is basically just a blend between young/fresh Lambic and aged Lambic – you can blend different years, batches, batches aged in different types of barrels etc. Gueze is distinctly dry, sour and complex due to the different ages of the blended batches. A Kriek is a Lambic with added cherries and is a lot sweeter than your typical Lambic; and even sweeter is a Framboise which is a Lambic with added raspberries.

Sour beer goes against everything we know about beer: it’s infected, tart and odd at first try, and yet it’s absolutely brilliant. If you’re going for a barrel kind of sour like a Lambic or a Wild Ale, try it alongside some super strong and stinky cheese – as you would a wine. Kettle Sours are great for summer and are thirst-quenching, usually session strength, and super fruity. Here’s to Sour Power! 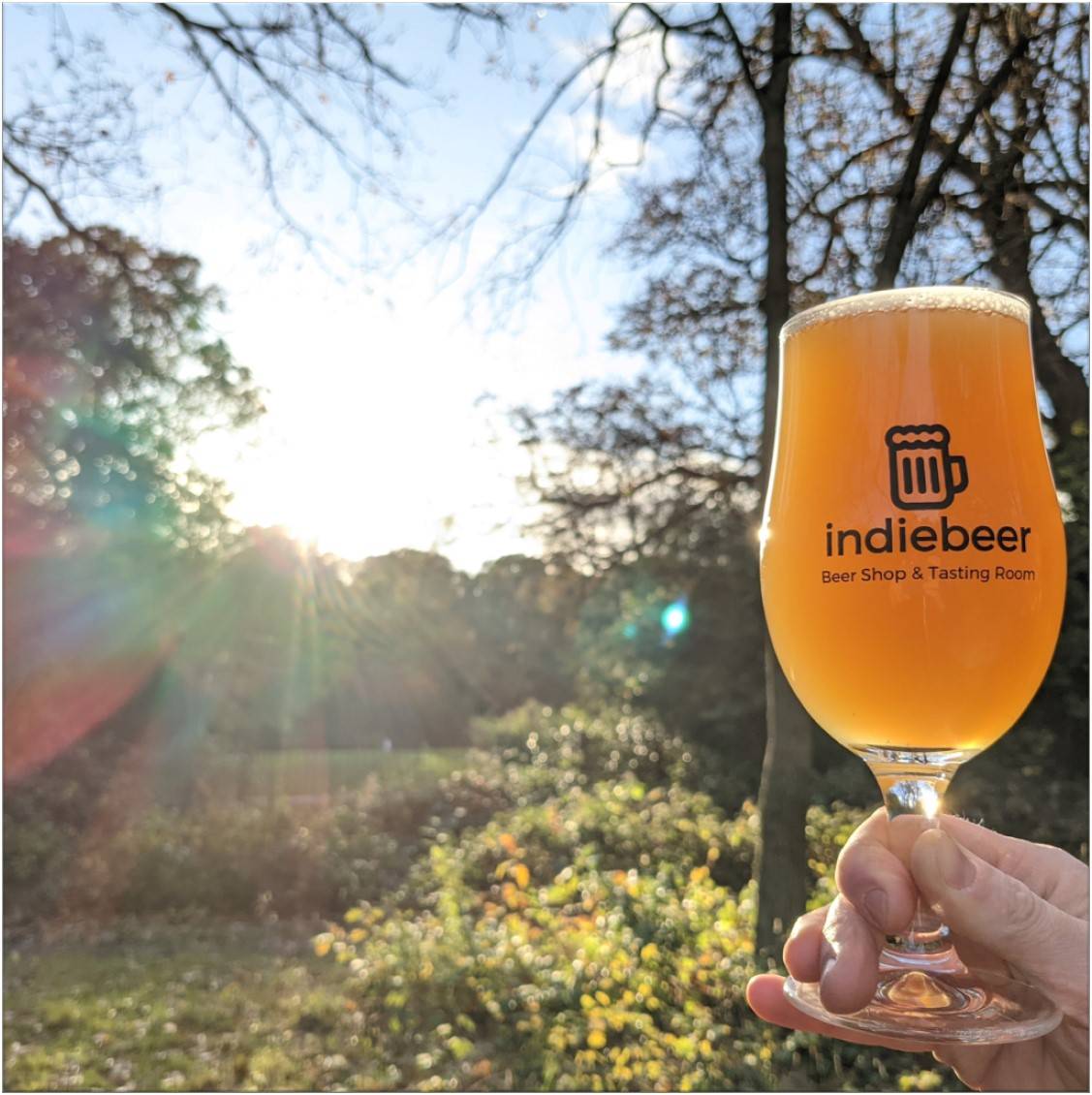 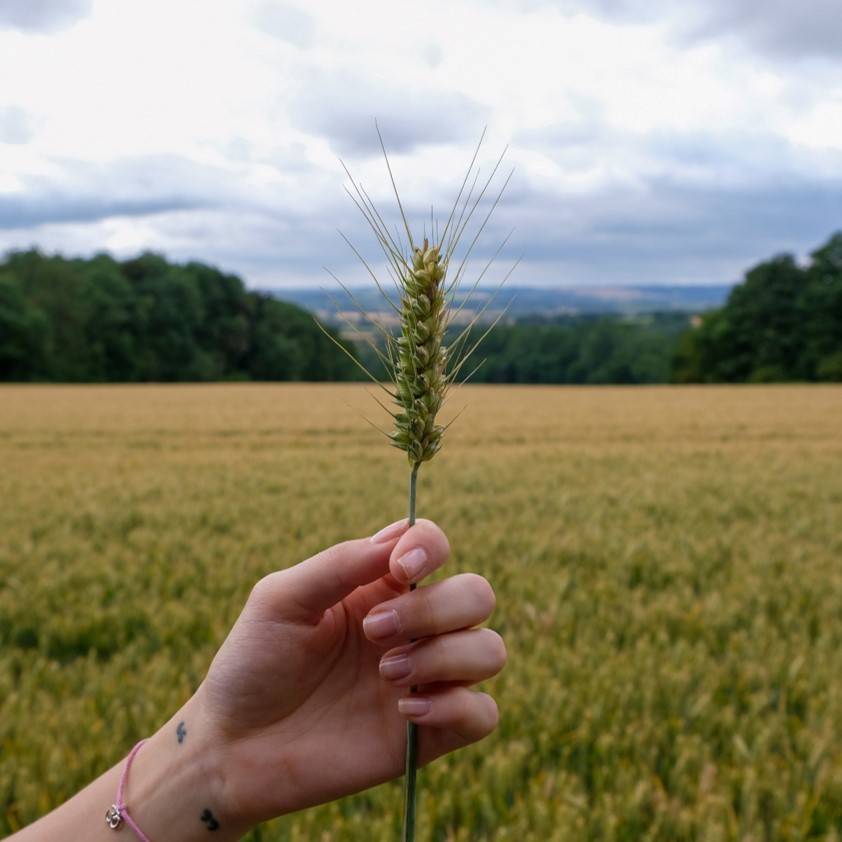 delve deeper into each of the main brewing ingredients

credit where credits due. the majority of content in this part of our website has been written for us by Dan Lyons; a talented beer writer, homebrewer and all round beer enthusiast.